We’re back from the 2015 Consumer Electronics Show in Las Vegas and finally feel like we’ve fully recovered! A huge part of our CES trip was getting numerous exclusive interviews with some of the biggest and most innovative people and companies in the world.

On the first morning, we started at the Turtle Beach booth and learned about some the best gaming headphones they had to offer. Next, we visited the ZTE booth, where they showed us their latest smartphone and introduced a mobile smart projector that can project up to 120 inches. 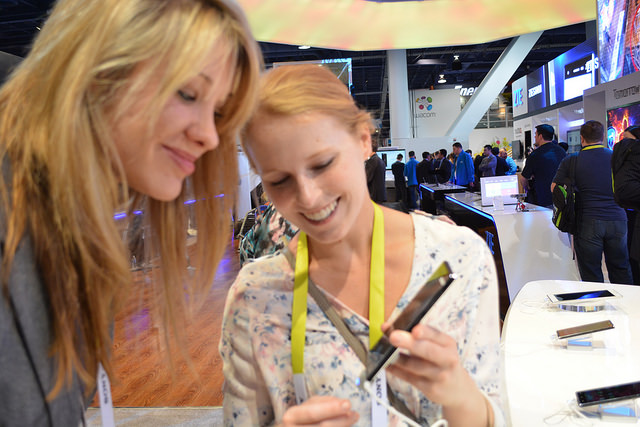 Later that afternoon we got a personalized look at the unique focus capability of Huawei’s latest phone that allowed you to make a blurry part of the picture clear – a great feature for all the amateur photographers out there. We also visited DivX for their big announcement that NeuLion had acquired them and that DivX would be staying in San Diego for the long term. Yay San Diego job growth!

Next we interviewed representatives of two of the biggest titans in the industry: Qualcomm and Sony. First, Qualcomm announced a partnership with Wal-Greens where Qualcomm is going to power the retail drug chain’s connected devices. After that, Sony introduced us to the world’s thinnest 4k TV, which is thinner than your smartphone. Sony also demonstrated how they are going to improve the audio quality of mp3 files, as well as their newest smart headphones built specifically for runners.

After interviewing two of the industries biggest mainstays, we met with an industry up and comer, Hush. The tech startup, which is currently part of the EvoNexus incubator, has created the world’s first smart earplugs. Hush’s earplugs connect wirelessly to your smartphone so you can block out noises that may prevent a good night’s sleep – like those loud neighbors that love blaring AC/DC – yet still hear your alarm clock in the morning.

Following the interview with Hush, Hisense gave us the insight on some of its latest announcements. The first new product was a laser TV projection system that can project up to a 100-inch picture. Hisense also introduced us to their new home vending machine “Chill,” as well as their 65 inch curved ULED television and the latest technology that goes into it. 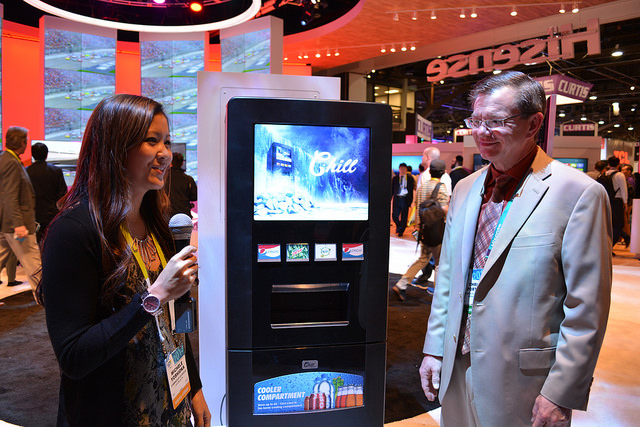 Our last stop of the day was at the LG space. LG showed us the “Styler,” which is a dry cleaning closet that removes wrinkles and odor from clothes without having to take them anywhere! They also showed off their top of the line OLED televisions and discussed about working with studios to create content accordingly. Finally, we stopped by LG’s GoogleCast and MusicFlow space, which is the company’s unique music playing app and wireless speakers that let you play music from anywhere.

The craziest part about all these new and innovative products is that this was only day one! To view all our interviews and videos from CES click here.

GroupSolver's One Piece of Advice For EvoNexus Applicants