Advertising insertion into video content used to be a straight forward proposition… until now.  Now, with the advent of ad supported OTT networks like Crackle.com and Hulu, ad supported VOD and TV Everywhere, the challenges of getting the right ads to the right place on the right platform have taken on a new complexity.  The EvoNexus Digital Media Group examines the state of the media technology challenges that are a result of this new world and will discuss the challenges and predict the future of where ad placement will require new and improved technologies to make it successful. 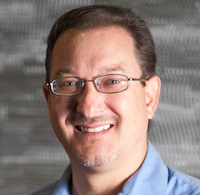 At NeuLion Eric is Chief Technology Officer and is responsible for strategy, industry relations, and technology leadership. Eric is a technologist who has collaborated with Hollywood movie studios, other content owners, and consumer electronics companies to move forward the vision of easy and secure access to compelling entertainment experiences. Enabled by significant jumps in video compression technology he architected secure Internet video delivery systems, and extended them to consumer electronic devices. He has several patents, and is an inventor of content protection and distribution technology. Eric has led and evangelized state-of-the-art systems for Booz Allen and Hamilton, DivX, Massive Media Group, Rovi, San Diego State University, and Walt Disney Studios. Also an adventurer, one of the smallest power boats (13 meters) to ever circumnavigate around the world, was piloted by Eric and his wife. Mr. Grab holds a Bachelor of Science degree in Computer Science and Physics from San Diego State University. 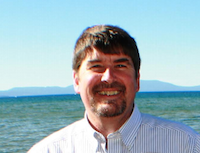 Dan Witmer has been in the mobile wireless industry for over 25 years, starting in Silicon Valley at startups like General Magic and Openwave, working on mobile phones and PDAs, living in Japan, delivering products and services to handset manufacturers and mobile network operators around the globe. He has worked at Quickplay in the mobile video space since 2011 in Professional Services and now in Global Partnerships. Dan has extensive expertise in the mobile video ecosystem and has worked with DFP, Freewheel, YoSpace, and others for freemium ad-supported OTT video services and TVE dynamic ad insertion. 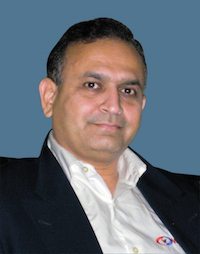 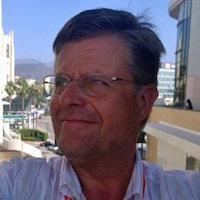 Juha Herranen brings 30 years of international experience to Vigor as a proven operational leader and expert in driving media platforms to market. Most recently at (Carat Finland) Dentsu Aegis network, the market-leader in digital and non-traditional media solutions, Herranen played a pivotal role in increasing revenue from $45M to $160M and successfully evolving the firm from being an average performer to being ranked as one of the best marketing communication companies. He brings a proven track record of analysis, development and implementation of strategic business plans for organizational growth, profitability and enhanced brand visibility. Herranen originally joined Vigor Systems as the VP of Business Development where Vigor quickly benefitted from his ability to understand the changing needs and challenges of local TV advertising. 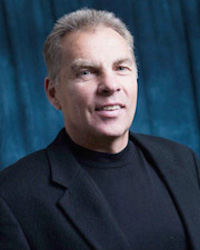 Mr. Bob Kulakowski is CEO of FlashPoints Advertising Systems Inc., and brings 32 years of leading edge experience in TV broadcast engineering, security, networking, computer design and technology development management. Mr. Kulakowski served as CTO of Channel Islands from 2010 to 2014 and architected with Mike Beatty the DiVA video targeted advertising solution to be highly scalable, very reliable, with innovative ad campaign management, ad switching, and ad delivery features. Mr. Kulakowski also has an extensive background in patents including 9 issued patents and 14 pending patents covering digital advertising delivery, security, and hardware architectures for video distribution. Mr. Kulakowski also designed a broadcast TV middleware system that incorporates social media features and innovative encryption and security system advances that define the new state of the art for video encryption. Prior to joining Channel Islands, Mr. Kulakowski was co-founder of Verimatrix and CTO from 2000 through 2009. Verimatrix is a market leading IPTV Security Company and Bob’s inventions and approach to security positioned Verimatrix as one of the most innovative security technology companies in pay-TV security. During Mr. Kulakowski’s time at Verimatrix the company grew from no customers to over 300 satellite, cable, and IPTV operator customers that serviced over 15 million subscribers using the Verimatrix VCAS system. Prior to Verimatrix Mr. Kulakowski was co-founder and CTO of Internet Magic a fax over Internet company whose technology was exclusively licensed by the Dialogic group of Intel. In the late 1990’s Mr. Kulakowski developed a microTCP stack that became the basis of Conexant’s embedded TCP products. Other products developed by Mr. Kulakowski have been sold or licensed to IBM, AT&T, NCR, Western Digital, TDK, Silicon Systems, Yamaha, and others. Mr. Kulakowski has been founder or co-founder of venture backed companies and participated in helping raise over $50 million in venture capital. 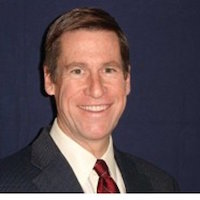