An Outlook for the Consumer Electronics Industry

What will be this year’s hottest consumer electronics products? What’s hot and what’s cold now that the memory of the annual International Consumer Electronics Show is fading a bit? Which technologies are catching on with consumers across the country and around the world. Who will be the 2015 winners and the losers?

Join us Tuesday, May 5, when Dr. Shawn DuBravac, Chief Economist and Senior Director of Research at the Consumer Electronics Association, will be visiting San Diego at the invitation of the CommNexus CE SIG to address the outlook for the consumer electronics industry as we head into the second half of the year. 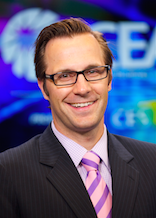 Dr. Shawn DuBravac is chief economist of the Consumer Electronics Association (CEA), the U.S. trade association representing more than 2,000 consumer electronics companies, which owns and produces the International CES, the world’s largest gathering place for all who thrive on the business of consumer technologies.

DuBravac is the author of CEA’s third book Digital Destiny: How the New Age of Data Will Transform the Way We Work, Live, and Communicate (Regnery, 2015), which explores how the world’s mass adoption of digital technologies portends the beginning of a new era for humanity in the realms of economics, health, travel and culture.

In his role as CEA’s chief economist, DuBravac provides crucial economic analysis to association and industry leaders regarding future economic activity and the relative health of the technology industry. He also contributes research on technology trends that underpin the industry. He was the primary driver of the industry’s new smartphone index, developed in partnership with NASDAQ, and the CE consumer confidence index, in partnership with CNET. In 2012, DuBravac was named to Dealerscope’s “40 under 40” list of people to watch in the consumer technology industry.

DuBravac has been widely published on the topics of finance, economics and technology. His keen insights regarding the economic drivers of the global consumer electronics industry have made him a highly sought-after speaker and commentator. DuBravac travels both internationally and domestically to meet with CE industry leaders and make presentations about technology and the economy. In addition, his analysis has appeared in the Wall Street Journal, the New York Times, the Financial Times, the Los Angeles Times, Barron’s and on CNN, MSNBC and other media outlets.