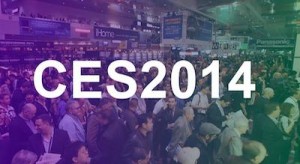 With innovations from the latest in connected cars and wearable devices to 3D printing and Ultra High-Definition 4K televisions, the recently concluded 2014 International CES had it all!  The world’s largest annual innovation trade show did it again with more than 150,000 attendees, thousands of exhibitors, press, analysts and social media from around the globe.

And who best to talk about innovation and feature at the annual CommNexus Consumer Electronics SIG event focused on recapping this year’s International CES than Gary Shapiro, the President and CEO of the Consumer Electronics Association, which has produced International CES for more than 50 years!  Gary is not only a successful…more
KEYNOTE SPEAKER:
Gary Shapiro
President and CEO, Consumer Electronics Association
Gary Shapiro is president and CEO of the Consumer Electronics Association (CEA)®, the U.S. trade association representing more than 2,000 consumer electronics companies, and owning and producing the world’s largest annual innovation tradeshow, the International CES®. Shapiro led the industry in its successful transition to HDTV. He co-founded and chaired the HDTV Model Station and served as a leader of the Advanced Television Test Center (ATTC). He is a charter inductee to the Academy of Digital Television Pioneers, and received its highest award as the industry leader most influential in advancing HDTV. He focused on the need for and led the effort to obtain the 2009 cut-off date of analog broadcasting. As chairman of the Home Recording Rights Coalition (HRRC), Shapiro led the…more

MODERATOR:
Mike Freeman
Reporter- Technology, Union-Tribune
Mike Freeman covers technology for the U-T, where his coverage includes Qualcomm, San Diego’s largest publicly traded company. Mike started at the U-T in 1999, covering the golf and action sports industries. Over the years, Mike has reported on commercial real estate, the housing bubble, banking and defense contractors. He also covered the Pinnfund Ponzi scheme and several real estate scams. He is one of the few journalists in the country who researches and…more