This panel will bring together Jim Reed, the SPAWAR Systems Center Pacific Portfolio Manager for the Transport and Computing Portfolio covering computing and communications infrastructure including cloud computing, networking, and SATCOM.  Jim will also briefly discuss the other portfolios.  Lou Kelly, Director of the San Diego Regional Innovation Cluster (SDRIC), will provide an overview of the SDRIC and discuss the effort by the Cluster to locate solutions to SSC Pacific’s needs. Finally, there will be briefing by three small Cluster businesses that have technologies meeting important military and security needs in SSC Pacific’s Portfolios.  Come and see if you potentially have the other solutions that could be applied.

Jim Reed is the Transport and Computing Infrastructure Portfolio Manager for SPAWAR Systems Center Pacific in San Diego, California.  He has been with SSC Pacific since October 2003 and has previously held positions as Project Lead, Branch Head, Division and Department Deputy for Program Development. Jim graduated with a Bachelor Degree in Engineering from Harvey Mudd College in Claremont, CA in 1978.  He also holds a Master’s in Business Administration degree from UCLA. Jim served as a nuclear trained engineering officer aboard the submarine, USS Guitarro from 1980-1983 and as the SSBN Non–acoustic ASW Program Officer on the staff of Chief of Naval Operations from 1984-1985.  He served as an officer in the Naval Reserve from 1985-2004, retiring with the rank of Captain. He has previously held roles as Quality Assurance Manager for a manufacturer of hybrid crystal oscillators, Operations Manager for import and distribution companies and as the Configuration Manager for a large manufacturer of semiconductor manufacturing equipment.

Gary Abramov is the CEO of Pacific Blue Innovations, LLC (PBI) in Vista, CA. Gary holds an MSEE/Electro-Optics from USC, and a BSEE & Math from Carnegie-Mellon. An electro-optical engineer by training, Gary for the last 20 years has been involved in the development, sales and marketing of advanced technology systems, both for Fortune 100 companies as well as startups. Gary has 16 patents to his name, 11 as a sole inventor, with 6 pending. Gary founded PBI in 2002. Since then the company was involved in the development of several consumer, medical and defense-related products. At present PBI is involved in the development of a portable ultra-light non-contact tonometer (ophthalmic device), ultra-miniature external defibrillator and a tactical medical system for a defense customer.

Sumner established Fuse with an intense focus on working closely with U.S. soldiers, sailors and aviators to apply commercial design practices to military systems engineering projects.  As a Naval Aviator flying in support of Operation Iraqi Freedom, Sumner learned first-hand the failure that can result when designers and engineers don’t consult the user throughout the systems engineering process.  As a project manager at SPAWAR Sumner developed new airborne networking solutions that reached across SPAWAR, NAVAIR, and joint enterprises.  Now with Fuse, Sumner has pushed further forward in the area of developing intuitive networked software solutions for the warfighter.

After graduating from the U.S. Naval Academy Sumner went on to graduate first in his class from flight school and flew H-46 helicopters out of San Diego.  Staying in San Diego, Sumner took a position leading the SPAWAR Systems Center Pacific airborne networking team.  He worked with a small group of visionary PMs and engineers to build an airborne networking team from scratch to deliver secure, multi-level IP network connectivity to over six type-model-series aircraft including E-2C, EP-3, P-3 AIP, P-8, Triton and others.  Sumner was a plankholder of the Joint Tactical Edge Networking working group, and while at SPAWAR he won three ONR Rapid Technology Transition projects, co-wrote the technical plan for the $70 million CABLE Joint Capability Technology Demonstration, and transitioned two airborne networking programs from projects into the presidential budget.

Following earning an MBA from USC, Sumner transitioned from the government to the commercial world to work as Director of Business Development at a RKS Design, an internationally recognized strategy development and product design firm with over 60 global awards. Sumner left RKS and started Fuse in 2010.  Fuse has grown to a staff of 15 operational managers and engineers, and has produced its first software and networking products in 2015 with successful transition underway for R&D projects for the Navy and commercial clients. 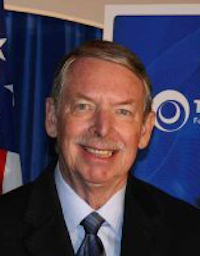 Mr. Kelly is Chairman of the San Diego Regional Innovation Cluster.  This cluster provides support to small innovative businesses through and is funded by the Small Business Administration (SBA).  The SDRIC focuses on high tech small businesses in the San Diego region with innovative technology which can solve high priority problems in either defense or homeland security applications.  Key elements of focus for this cluster are Cyber Security, Autonomous Systems, and Renewable Energy.  SPAWAR is a partner in this cluster. As a part of this cluster, Mr. Kelly is co-Chair of the San Diego Cyber Security Working Group.

In addition, Mr. Kelly is Chairman of the Executive Board for the Center for Commercialization of Advanced Technologies (CCAT) in San Diego.  CCAT, founded in 2001, is a nonprofit, public/private partnership which invests in companies with technologies which could benefit defense and national security.  .CCAT is funded by federal agencies to operate as an innovation accelerator for high priority needs.  CCAT is currently supporting both the Department of Defense.  As part of this program, Mr. Kelly is on the board of CONNECT, which is part of the partnership which makes up CCAT, and focuses on providing capital to small business. Previously, Mr. Kelly was President/COO of Orincon Technologies,Inc from 2001 – 2006. Mr. Kelly was Vice President/ General Manager of Litton Data Systems Ruggedized Computers and Displays Division from 1997 until 2001.

TIME:
7:30AM Registration/Networking/Refreshments
8:00AM Program Begins
9:30AM Program Ends