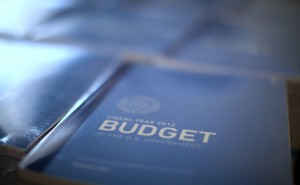 An era of widely anticipated budget cuts for defense, intelligence and civilian agencies, changing priorities in the defense sector resulting from draw-downs Iraq and Afghanistan combined with increased attention to the Pacific, and uncertainty over the imposition of temporary de-allocation of contract funding as a result of possible sequestration of funds present an uncertain future for valuations of government contractors.  These uncertainties are changing the structure of mergers and acquisitions for these suppliers of goods and services to federal agencies.  Other policy changes, including expanded opportunities for small business in federal procurements.

You will hear from executives, investment bankers and legal counsel that have recently completed transactions in this environment, and how the federal budget and policy uncertainty is playing out in those deals.

Some other topics that will be explored are:

Mr. Burke is co-founder and President of Cognitive Medical Systems.  Mr. Burke drives the strategic vision for the Company and manages the Company’s Sales, Marketing, and Business Development. Prior to Cognitive Medical Systems, Mr. Burke was the CEO of DefenseWeb Technologies, Inc. from 2003 – 2011.  Under Mr. Burke’s leadership, after assuming control from the founder in 2003, the company grew dramatically with a cumulative annual growth rate of more than 50 percent in sales and revenues and 100 percent in profit.  In 2007, Mr. Burke successfully sold the company to Humana, Inc. (NYSE: HUM), a Fortune 100 healthcare insurance provider.Karen Miles
Managing Director, Houlihan Lokey
Ms. Miles is a Managing Director and heads Houlihan Lokey’s Financial Advisory Services business for Southern California. She also heads the firm’s Aerospace•Defense•Government Group’s financial advisory services business and co-chairs the firm’s Technical Standards Committee, which determines the appropriate methodologies for dealing with valuation issues. She is a leader in the firm’s West Coast Tax & Financial Reporting Valuation practice. Ms. Miles has over 20 years of experience in valuation and financial consulting, with emphasis on the valuation of businesses, securities and intangible assets. Her experience includes fairness opinions, solvency opinions, purchase price allocations, goodwill impairment analyses, valuations for transactions, financings, gift & estate tax planning, ESOPs, dissolutions and litigation. She has consulted on ownership transition issues and liquidity alternatives.

Ronald Gorda
COO and Vice Chairman of the Board, LinQuest Corporation
Mr. Gorda is the Chief Operating Officer of the LinQuest Corporation and the Vice Chairman of the company’s Board of Directors. LinQuest is an employee owned company focused on the engineering development, integration, deployment and operation of state of the art communications and network systems. The company’s annual revenue is approximately $115M. Prior to joining LinQuest Mr. Gorda worked for the Titan Corporation from 1991 thru 2005. Mr. Gorda joined Titan as the Vice President of the Linkabit Division and was later promoted to Division President. He was elected a Corporate Senior Vice President in 1993 and President of the company’s Information Products Sector in 1999. The Sector’s focus was on the design, development and production of state of the art communication systems. The Sector’s six Divisions aggregate annual revenue exceeded $250M. Mr. Gorda, and the other members of the corporate management team at Titan, implemented an acquisition and organic growth strategy that resulted in an annual revenue increase from approximately $110M in 1991 to over $2.3B in 2005. Titan’s employee count during this period grew from approximately 200 to over 13,000 when Titan was sold in 2005 to the L3 Corporation for over $2.5B.