The internet has become ubiquitous, internationally as well as nationally, and e-commerce has become central to today’s business success. The remarkable benefits of this technology has, however, brought along the significant risks associated with the loss of the private personal information of clients and customers as well as intellectual property of public and private enterprises.

Individuals wishing to exploit weaknesses in the integrated products and services of the internet or the ineffective policies and practices of users are aggressively pursuing these weaknesses to their personal benefit or that of their sponsors. Many of our leaders have recognized this risk as an opportunity and have initiated activities addressing elements of these risks. Recently, efforts have been taken to coordinate these efforts, building on the strengths of our region, in an effort to have our region recognized as a leader in cyber security nationally and internationally. Our conviction is that this initiative will have positive impact not only on our quality of life as individuals but also on the economic development of the region and success of our private enterprises. 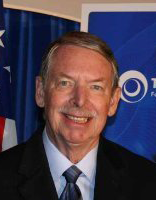 Lou Kelly
Chairman, San Diego Regional Innovation Cluster (RIC)
Mr. Kelly is Chairman of the San Diego Regional Innovation Cluster. This cluster provides support to small innovative businesses through and is funded by the Small Business Administration (SBA). The SDRIC focuses on high tech small businesses in the San Diego region with innovative technology which can solve high priority problems in either defense or homeland security applications. Key elements of focus for this cluster are Cyber Security, Autonomous Systems, and Renewable Energy. SPAWAR is a partner in this cluster. As a part of this cluster, Mr. Kelly is co-Chair of the San Diego Cyber Security Working Group.

In addition, Mr. Kelly is Chairman of the Executive Board for the Center for Commercialization of Advanced Technologies (CCAT) in San Diego. CCAT, founded in 2001, is a nonprofit, public/private partnership which invests in companies with technologies which could benefit defense and national security. .CCAT is funded by federal agencies to operate as an innovation accelerator for high priority needs. CCAT is currently supporting both the Department of Defense. As part of this program, Mr. Kelly is on the board of CONNECT, which is part of the partnership which makes up CCAT, and focuses on providing capital to small business. 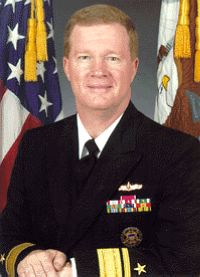 RADM Kenneth D. Slaght, USN (ret.) is the Co-Chair and President of the San Diego Cyber Center Of Excellence (CCOE) which is a public-private partnership established to coordinate and enhance the effectiveness and synergy of the regional cyber initiative, capitalizing on our unique  strengths to accelerate the regional economy by creating opportunities for business, attracting and nurturing talent.

Previously RADM Slaght served as the Vice President and General Manager, Navy/Marine Corps Services Sector, General Dynamics Information Technology, responsible for providing IT services to the Navy and Marine Corps.  Prior to that he was the Commander of the Space and Naval Warfare Systems Command.  He was responsible for providing information technology and space systems for naval and joint services.  Additionally, he was the chief engineer for developing, delivering and maintaining effective, capable and integrated command, control, communications, computer and intelligence systems (C4I).  He was also responsible for engineering and assessing FORCEnet, the foundation of the Seapower 21 vision.

RADM Slaght received his commission in 1970 upon graduation from the United States Naval Academy.  RADM Slaght attended the Defense Systems Management College, the Naval Post Graduate School, where he received a Masters Degree in Computer Systems Management, and the Naval Destroyer School.  He currently serves on the Boards of  the National Defense Industrial Association (NDIA), the San Diego Military Advisory Council (SDMAC), the San Diego State University Industry Advisory Board, and the Point Loma Nazarene Business School Advisory Board. 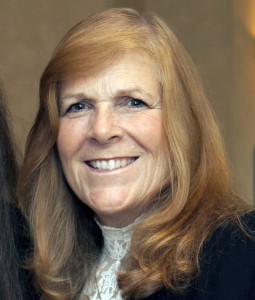 Liz Fraumann is the Executive Director of the Securing Our eCity Foundation which whose mission is to help create a cyber-safe environment in San Diego where we can all live, work and play. The foundation is focused on cybersecurity awareness, education and preparation for business and individuals alike.

Prior to this role, Ms. Fraumann was the Director of Marketing at ESET, North America where she helped the organization more than double its market awareness in North America. Ms. Fraumann is a seasoned veteran of the high-tech industry, with a broad background in marketing and marketing communications and spans years of experience with industry giants such as NCR and IBM, as well as smaller and starts up organizations.

Fraumann has received numerous company and community awards for her expertise and efforts. She is active member in San Diego CERT. 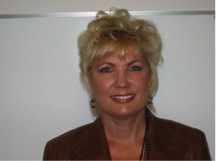 Shirley Adams, Vice President, SPAWAR Services, GDIT Navy/Air Force Services Sector is a seasoned executive with over twenty years’ experience delivering on-target action strategies for small and large organizations. She specializes in Strategic Planning, Operational Effectiveness, Knowledge Management, and Business Development. She is currently a member of the CyberTech Advisory Board as well.

Her leadership history with major businesses such as GDIT, Systems Engineering Solutions (SESI) and Mazda; providing IT services for large firms such as Boeing, Airbus, Pratt & Whitney, their OEMs, Dealership Franchises, and the Department of Defense, have resulted in major team productivity improvements, achievement of multimillion-dollar milestones, and successful new profit-center launches.  As a strategist for revenue growth and business management, Ms. Adams has counseled companies to industry leader positions by helping them broaden market share and increase profits. Her passion for getting the job done and her lead my example attitude sets her apart as being a leader of heart and strength.

As an accomplished leader, teacher, author and speaker; she has been recognized by all segments of the business community and is the recipient of numerous awards from both industry and government including:

She has an uncanny ability to hone in on the underlying issues and deliver practical and insightful solutions that have immediate impact on cash flow, profitability and success.

Shirley is also involved with various professional organizations and industry associations, including the Air Transport Association (ATA) as a working group member for the development of world-wide commercial standards and specifications, the National Defense and Industrial Association (NDIA); former Chairman of the Board, and the Armed Forces Communications and Electronics Association (AFCEA); Past San Diego Chapter President and currently serves as the AFCEA International Regional Vice President for the South Western Region.  She also serves on the Board of Advisors for FleetWeek San Diego, an organization honoring our military, and Cyberhive San Diego, an incubator program designed to help entrepreneurs bring their technologies to market and bring new jobs to San Diego.

Ms. Adams is a graduate of Northwood University with a Bachelor’s degree in Marketing and Business Management and is a resident of San Diego, California. 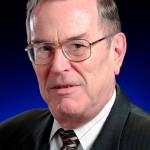