Is an Accelerator or Incubator Right for You?

Join us on Thursday, August 20th as three entrepreneurs share their experiences in an incubator or accelerator, and what factors were a part of their decision making in applying to join one. Our program will include Adam Riggs-Zeigen, co-founder and chief rocker of Rock My World – a recent graduate of EvoNexus, and Jason Riggs, CEO of OSSIC – a current company of EvoNexus. Austin Neudecker will not only moderate our event, but will share his experiences from Y Combinator and Techstars’ Blueprint Health. Come learn if an accelerator or incubator is the right move for you! 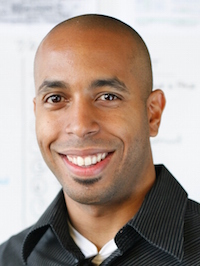 Adam is mobile industry veteran, software developer and former touring DJ who has combined his personal passions and expertise in product management, marketing and business development to launch and lead innovative businesses.

Adam is currently the co-founder and current Chief Rocker at Rock My World a San Diego based fitness technology company. Rock My World is the company behind RockMyRun, a top 20 fitness app for IOS and Android that takes data from smartphones and fitness tracking devices and dynamically adjusts music tempo in real time to improve exercise motivation and outcomes. Initially launched in 2013 RockMyRun, has become the premier fitness smartphone application with partners such as Lady Foot Locker, Road Runner Sports, Yurbuds and RunKeeper with featurings in the New York Times, Boston Globe and on the Today Show.

Prior to Qualcomm, Adam founded two other companies and toured as a club DJ playing both nationally and internationally. He holds a BS in Economics from University of California, Santa Barbara and an MBA with emphasis in Entrepreneurship from San Diego State University. Ultimately, it was Adam’s dedication to his own health and fitness and his desire to enable people to better experience exercise that led him to co-found Rock My World. By creating a disruptive product that blends high energy motivational music with step, heart rate, GPS and other readily available workout statistics, Adam and his team are changing the way that music can be used to motivate a healthy, active lifestyle. He feels incredibly fortunate to live and work his passion each day and gets his daily motivation from countless inspirational stories submitted by RockMyRun users. 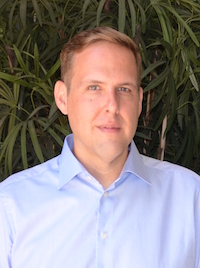 Jason Riggs is a technology executive and Chief Executive Officer of OSSIC.  His curiosity for audio started when he built his first set of speakers at age 14. After studying Mechanical Engineering at the University of Illinois Urbana-Champaign, he moved to San Diego, CA in 2001 and started as a loudspeaker engineer at Pioneer Electronics. Later at Logitech, Jason formed the Acoustical Engineering Department. He oversaw the development of over 100 audio products, growing the revenue of the Audio Business Unit from 100M to 500M/yr. He received the CEO’s Excellence award for his work on the mm50, the first rechargeable IPod speaker, and Logitech’s best selling product ever. Jason was CTO and later CEO of Carbon Audio. In 2014 he co-founded Sonic VR (now Ossic Corporation) whose mission is to create the ultimate 3d listening experience. 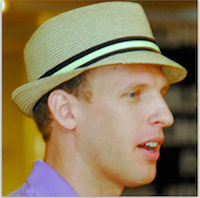 Austin Neudecker is the Head of Growth at Rev.com, a startup company that provides transcription, caption, and translation services. In the past year, they have grown from 15 to over 60 employees, tripled their revenue, and raised significant capital.

Austin has started 3 companies and worked for 2 venture capital firms. He has extensive experience with accelerators and incubators: 2 of his companies went through accelerators (Y Combinator & Techstars’ Blueprint Health), he sat on the committee of DreamIt Ventures and mentored at SeedStart, DreamIt, Techstars, and Evo (where he is now a mentor in residence and helped design the EvoStart program).

Austin works tirelessly to improve the local ecosystem. He is the co-founder of Startup San Diego, an organization dedicated to building the community and providing resources to local entrepreneurs.

Austin received majors in EE/CS and Management Science at MIT and an MBA from Wharton.