Opportunities and Breakthroughs in Artificial Intelligence

When IBM’s deep blue beat Gary Kasparov in chess in 1997, researchers thought it would take computers decades to beat humans at Go: a 2000+ year old board game and even as early as last year, researchers thought we were at least 10 years away. But in early 2016, Google’s DeepMind, using advances in Deep Learning, beat Lee Sedol the world champion of Go. In addition to games, Deep Learning is opening new business opportunities in various areas which were simply not possible a few years back. Come listen to leaders from Nervana Systems, Natural Selection, Mtell, and Netradyne who will be sharing their personal experiences of starting an AI company, opportunities that exist for starting AI based businesses and lessons learned throughout their career. 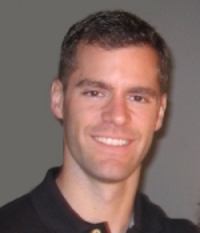 Alex has a decade of experience in large-scale machine learning and the industrial IoT.  He pursued his interest in adaptive learning systems as an undergraduate, performing research in neural networks, vision, and biomedical diagnostics, authoring several peer-reviewed publications. In 2000 he jumped into the private sector, applying analytics on some of the world’s largest data warehouses at Teradata, a pioneer in parallel database technology. In 2006 Alex co-founded Mtelligence (now Mtell) to tackle a big data problem in manufacturing, helping create a world that doesn’t break down. Mtell’s patented machine learning platform is used to monitor global fleets of offshore drilling rigs, railroad engines, and process equipment, in effect creating a distributed immune system to protect equipment and personnel. He is lead inventor on several patents in the area of sensor networks and machine learning. Alex sits on the Board of Directors of the MIMOSA (Machinery Information Management Open Systems Alliance) Organization, is a member of the ANSI ISA SP95 committee, and holds degrees in Mathematics and Computer Science. 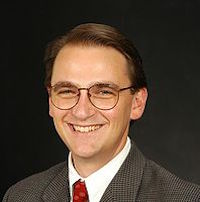 Dr. David Fogel is president of Natural Selection, Inc., an internationally recognized leader in the application of computational intelligence technology over the past 20+ years to real-world problems in industry, medicine, and defense. Dr. Fogel is a Fellow of the IEEE and former president of the IEEE Computational Intelligence Society. He was the founding editor-in-chief of the IEEE Transactions on Evolutionary Computation and has published 7 books (including Blondie24 and How To Solve It: Modern Heuristics) and over 200 papers in technical literature. Dr. Fogel is also CEO of Natural Selection Financial, Inc., which was acquired in 2008, and co-founder and director of Effect Technologies, Inc., which runs the sentiment analysis software program EffectCheck®. From 2008-2010, Dr. Fogel served as a hedge fund manager for Lincoln Vale, managing approximately $60 million of institutional and family office funds. Dr. Fogel received the Ph.D. in engineering from UCSD and he received an honorary doctorate from the Univ. Pretoria, South Africa, in 2008 for his novel contributions to machine learning in gaming. He has also been recognized with an IEEE Technical Field Award and the CajAstur Prize for Soft Computing 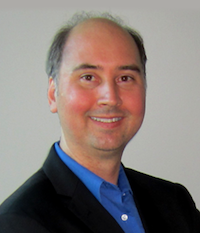 David has over 20 years of experience in High Tech R&D and has a passion for learning new things and taking ideas from concept to realization. Before co-founding NetraDyne, David worked on bring digital communications to HF radio and analyzed Satellite communication as well as supported Voyager and Cassini Deep Space programs at NASAs Jet Propulsion Laboratory (JPL). David studied Information Theory at Stanford under Prof. Tom Cover; he went on to cofound Mountain View Analytics, a financial investment start-up, with Prof. Cover and served as CTO from concept to investments. He then worked up to Principal Engineer in Qualcomm Research over the last 12 years and was awarded 107 US patents covering a wide range of technologies. He was the Project and Systems Engineering Lead of a multi-disciplinary team for Qualcomm’s ultra-low-power and ranging ultra-wideband R&D effortstaking it from concept to system-on-chip (SOC) prototypes. For the last 3 years David focused on Qualcomm’s Zeroth Neuromorphic technology where he initiated the use of Deep Convolutional Networks and led the Deep Learning sub-team. The Qualcomm Zeroth team achieved the best performance amongst participants on the 2015 NIST TRECVID semantic indexing task for video, which involved classifying and ranking video clips for 60 different semantic categories. David has a BSEE from New Mexico State University, and an MSEE and PHD in EE from Stanford. David sees near infinite potential for Computer Vision and Deep Learning to solve things from everyday problems to highly specialized use-cases from automotive, healthcare and energy exploration, to recreation and entertainment. He is working to accelerate making more of these a reality. 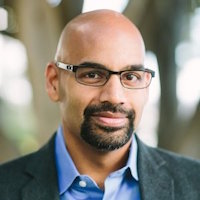 Naveen’s fascination with computation in synthetic and neural systems began around age 9 when he began learning about circuits that store information along with some AI themes prevalent in sci-fi at the time. He went on to study electrical engineering and computer science at Duke, but continued to stay in touch with biology by modeling neuromorphic circuits as a senior project. After studying computer architecture at Stanford, Naveen spent the next 10 years designing novel processors at Sun Microsystems and Teragen as well as specialized chips for wireless DSP at Caly Networks, video content delivery at Kealia, Inc, and video compression at W&W Comms. Armed with intimate knowledge of synthetic computation systems, Naveen decided to get a PhD in Neuroscience to understand how biological systems do computation better. He studied neural computation and how it relates to neural prosthetics in the lab of John Donoghue at Brown. After a stint in finance doing algorithmic trading optimization at ITG, Naveen most recently was part of the Qualcomm’s neuromorphic research group leading the effort on motor control and doing business development. It’s in Nervana’s DNA to bring together engineering disciplines and neural computational paradigms to evolve the state-of-the-art and make machines smarter. 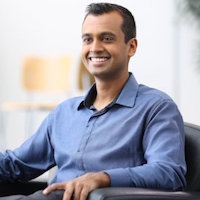 Siddharth Mohan is a staff product manager with Qualcomm ImpaQt, the company’s global innovation program. In his role, Sid specializes in identifying new technology areas that can become future products for Qualcomm. He has started various internal projects in multiple areas including robotics, cyber security and transitioned conceptual prototypes to full fledged projects within the company. Sid is currently focussed on the vast opportunities in the field of deep learning (a technology that aims to moving machine learning towards artificial intelligence) and its specific applications towards computer vision. Prior to working on ImpaQt, Sid served as a research engineer for many years with Qualcomm Research, where he worked on designing algorithms and techniques that are part of every smartphone sold today – enabling people to communicate faster and better over the cellular networks that we all enjoy.  Sid has a Master of Science degree in Electrical Engineering from Penn State University and 8 patents issued with multiple more pending with the US patent office.