The Silver Anniversary of Digital TV: How did we get here and where are we going?

We are now in the twenty-fifth year of the digital television age. This exciting era began right here in San Diego, with the invention and development of the world’s first digital TV system by General Instrument (GI). New trends and technologies are continuing to emerge, including mobile and multi-screen TV Everywhere, Ultra HD, Social TV and virtual reality. And new issues such as net neutrality have come to the fore. Twenty-five years represents an eternity for technology. But in the grander scheme of things, it is not such a long time, and many additional changes are destined to arrive.

How did we get here and where are we headed next? Come hear, and interact with, our panelists! 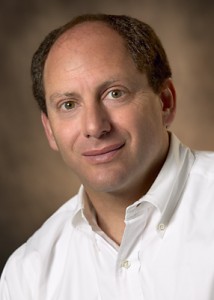 [/wc_column][wc_column size=”two-third” position=”last”] Marc Tayer, President, Media Tech Insights
Marc Tayer wrote Televisionaries following a thirty-year career in the media and communications technology business. He joined General Instrument’s New York corporate headquarters in 1985 and transferred to its San Diego–based VideoCipher Division in 1987. Two years later, he was appointed core team leader and product manager for the company’s trailblazing digital television project, a role for which he received an Emmy Award. Tayer served as VP of Global Marketing upon GI’s acquisition by Motorola in 2000. He then co-founded two digital video tech startups, while working for Cablevision/Rainbow Media along the way. A graduate of Williams College, he received his MBA from the Wharton School of the University of Pennsylvania. 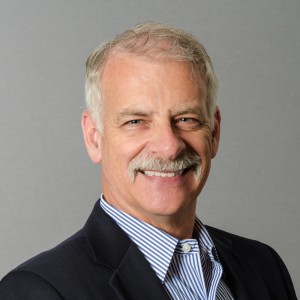 Dr. Moroney became part of General Instrument (later acquired by Motorola, then Google, and finally ARRIS) in 1986 as Assistant Vice President of Engineering.  He led the systems engineering activities associated with the VideoCipher and DigiCipher product lines, covering most notably the areas of access control, communications, and video compression.  Specifically, he led the systems development for VideoCipher II+, the access control system that dominated United States C Band satellite programming.  Dr. Moroney was subsequently responsible for the systems architecture and systems definition for the DigiCipher I and DigiCipher II secure digital television product areas, and was awarded an Emmy for his work.

Dr. Moroney then played the lead role in the development of Motorola’s IP based DRM system, called IPRM, and later repurposed as SecureMediaTM-HN.  More recently, Dr. Moroney and his Advanced Technology team have developed convergence products for in-home video distribution to mobile clients such as the iPad and Android devices.  This work includes secure software to run on those portable client devices.  Dr. Moroney also helps drive the evolution of the Secure Media DRM system, acquired in 2010.  In addition, Advanced Technology has contributed extensively to the latest video compression standard, HEVC, and is leveraging this work to create new products.

Dr. Moroney holds a B.S., M.S., and EE Engineering degrees, and a Ph.D. from the Massachusetts Institute of Technology.  He holds 50 unique patents, with at least 34 additional filings.
[/wc_column][/wc_row] [wc_row][wc_column size=”one-third” position=”first”] 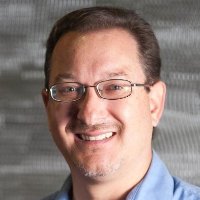 [/wc_column][wc_column size=”two-third” position=”last”] Eric Grab, CTO, DivX / NeuLion At NeuLion Eric is Co-Chief Technology Officer and is responsible for engineering, technology industry relations, cross-company architecture, and research. Eric is a technologist who has collaborated with Hollywood movie studios, other content owners, and consumer electronics companies to move forward the vision of easy and secure access to entertainment. Enabled by significant jumps in video compression technology he architected secure Internet video delivery systems, and extended them to consumer electronic devices. He has several patents, and is an inventor of content protection and distribution technology. Eric has led and evangelized state-of-the-art systems for Booz Allen and Hamilton, DivX, Massive Media Group, Rovi, San Diego State University, and Walt Disney Studios. Also an adventurer, one of the smallest power boats (13 meters) to ever circumnavigate around the world, was piloted by Eric and his wife. Mr. Grab holds a Bachelor of Science degree in Computer Science and Physics from San Diego State University.[/wc_column][/wc_row] 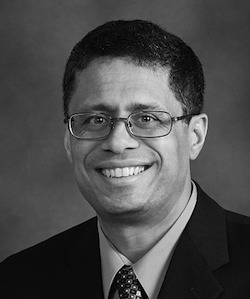 [/wc_column][wc_column size=”two-third” position=”last”] Vinay Sathe, Patent Attorney, Perkins Coie, LLP
Vinay is a patent attorney with extensive engineering experience in the digital video industry. During his engineering career, Vinay was a system architect designing various products in the digital video encoding, transmission and decoding areas for cable, internet and satellite delivery of video. Vinay is currently a patent attorney at Perkins Coie where he is involved in patent prosecution and litigation in the wireless communications, mobile devices, software, and semiconductors areas. Vinay also performs patent due diligence to assist clients in acquisition or sale of patent portfolios. His diligence work has resulted in deals in the sub-million to over 100 million dollar range.
[/wc_column][/wc_row]