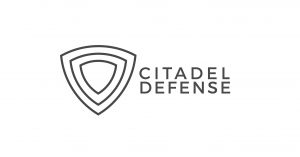 San Diego-based Citadel Defense, which develops counter-drone technology for the military, government, and commercial market, reported today that it has scored a contract from the U.S. Air Force (USAF), where its technology will be used to detect and adaptively jam any drone swarms. Financial details of that contract were not announced. Citadel says its counter-drone technology was “extensively validated” over 18 months by The U.S. Department of Defense and Department of Homeland Security. It appears Citadel Defense may have issued its statement covering a prior, existing contract with the USAF, on news of a reported drone attack on Saudi Arabia’s oil assets this weekend. Citadel’s systems jam and control drone technology based on common (2.4 GHz, 5.8 GHz) and hobbyist (433 MHz, 915 MHz, 1.2 GHz) communication frequencies.