Ernst & Young have revealed the semifinalists for the annual San Diego Ernst & Young Entrepreneur Of The Year award, and we are pleased to announce two EvoNexus entrepreneurs, Suman Kanuganti, Co-Founder & CEO of Aira Tech Corp, and Pieter van Rooyen, President, CEO and Co-founder of Edico Genome have been selected!

The Entrepreneur Of The Year celebrates the mold breakers and boldness that drives them to do things differently and change our world in the most unexpected ways.

In addition, Co-Founder & CEO of EvoNexus, Rory Moore, will be the recipient of this year’s Supporter of Entrepreneurship award, for his dedication to building a community to help give entrepreneurs a much better shot at success. EvoNexus’ statistics speak for themselves, in only 9 years, 186 portfolio companies have produced $1.4B in funding and outcomes from 160 different VCs.

The celebration of all of these remarkable achievements will be on June 7, 2018 at the Fairmont Grand Del Mar, San Diego.

For more information and tickets to the Awards, please CLICK HERE. 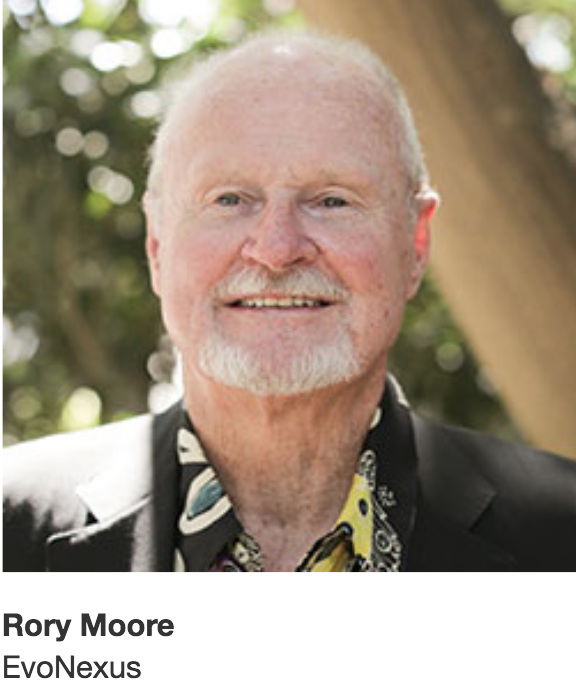 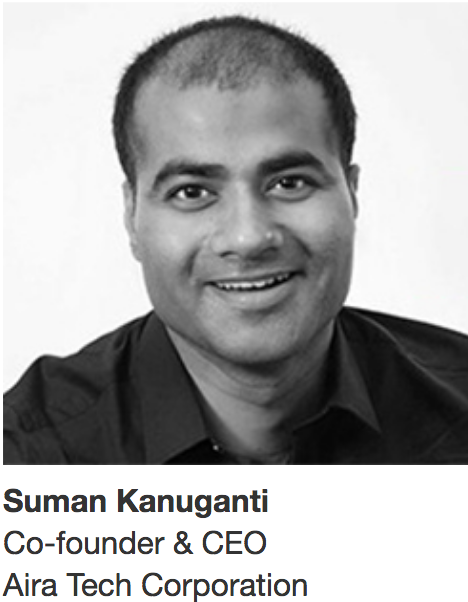 Aira, founded in 2014, is focused on developing transformative remote assistive technology and services that bring greater mobility, independence and self-confidence to blind and visually impaired individuals by connecting them, in an Uber style, to a network of certified Agents. Aira’s high-tech approach uses a real-time interactive cloud-based dashboard, built to create for the blind an augmented reality context with live data streams from cameras, GPS, and other sensor systems form wearable platforms such as Google Glass and Pivothead. This allows Aira’s remote Agents to render live personalized assistance to users in a myriad of daily activities – ranging from navigating busy city streets and catching a bus, to ordering meals from menus at restaurants and literally traveling the globe. https://aira.io/ 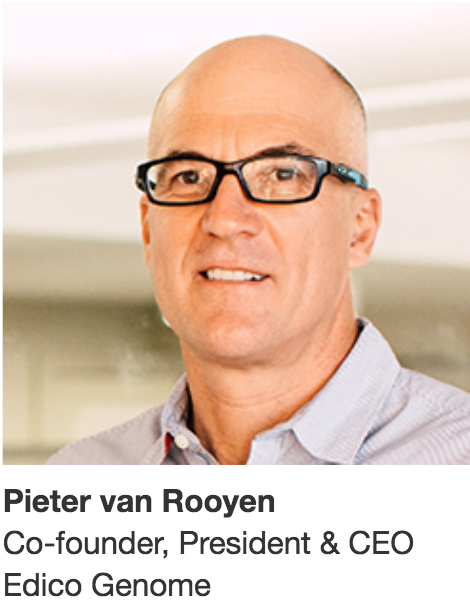 Edico Genome is the developer of the DRAGEN Bio-IT Processor, the world’s first next-generation sequencing bioinformatics application-specific integrated circuit. This chip analyzes the large amount of data produced by next-generation sequencing quickly, accurately, and cost effectively. Edico Genome was voted first in the Top Innovations of 2014 awards by The Scientist Magazine for its DRAGEN Bio-IT Processor. President and CEO Pieter Van Rooyen was also the co-founder of EvoNexus alum ecoATM prior to working with Edico Genome. http://www.edicogenome.com