GoShare, The Uber Of Trucks 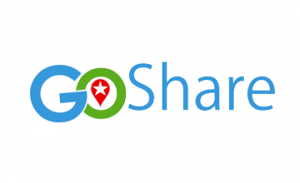 That “M” word – Moving. It’s something that people do a lot of.

The packing. The lifting. The schlepping. The loading and unloading. The unpacking. Moving is one of the worst, most frustrating activities known to man, woman and child.

Unless, you can, of course, get someone else to do it for you.

That someone else – or at least one of those “someone elses” is Shaun Savage, who launched GoShare in May 2015.

Dubbed the “Uber of Trucks,” GoShare matches  customers wanting to move something — an item like a couch, or a whole living room — with options for trucks and muscle (number of movers).

Yes, there are actually people who like helping people move.

To make it work, those who need stuff moved sign onto the app, drop the pin on their location and start customizing their move. That includes choosing the number of drivers and type of vehicle — trucks and vans are the options — as well as add-ons like dollies or a boat trailers. After that, users snap a photo of the items they wish to have picked up and upload it with a description and estimated weight.

Though the magic of algorithmic matching, the customer then receives an estimate, with a disclaimer, of course, that notes the price could fluctuate depending on how long it takes to complete the job.

Once satisfied, the customer can click a button and book the job.

Meanwhile, on the back end, the drivers see the job and accept it – an Uber-like arrangement. Also very Uber-like is the pay structure. GoShare drivers take 80 percent of the final value of the job home with them. Twenty percent, GoShare takes for providing the platform that made the connection.

Easy, peasy lemon squeasy in concept – much harder to carry off in person, but GoShare is determined to make it work.

Headquartered at EvoNexus – a pro bono startup incubator based in San Diego, GoShare is also doing business in New Jersey and Los Angeles, with intentions to grow to Chicago, New York, Dallas, Houston and Atlanta next.

PYMNTS spoke with Shaun Savage, founder and CEO of GoShare, about why the world needs an “Uber of Trucks,” and how his business is ready to fill that need.

PYMNTS: Give us a little history on GoShare, how and where it started.

SS: GoShare was kind of born out of a personal need that I had. I was a little sports car kind of guy, but at least twice a year I needed a pickup truck for something – usually moving or buying something from a store that wouldn’t fit in my car. Renting the truck was very frustrating and time-consuming, expensive and not very convenient.

As a big fan of the sharing economy I saw other success that other companies were having by sharing underused assets, and I thought, “Why isn’t anyone doing this for trucks?” So I started building it with the help of a software engineer, Assaf Karmon, back in September 2014.

We bootstrapped it for the first year. I sold my condo to pay for it, and were lucky enough to be accepted into a pro bono, startup incubator called EvoNexus. They allowed us to work out of a beautiful office space and provided us a team of mentors and advisors to help us. But more than that, they also hold us accountable every month for the goals that we’re setting, and make sure that we’re setting them. We’ve been able to grow the business steadily every month since we started, and a few months ago we got our first investors, and that allowed us to build up our team and set growth and expansion plans.

We know we have demand coming in from all over the world. We had about 7,000 drivers apply to be a part of GoShare, and we’re just trying to keep up with the demand and trying to grow in major cities to help with pickup and delivery needs.

PYMNT: What does the phrase “Uber of X” mean to you and the GoShare business?

The “Uber of X” phrase, to me, I guess means developing a peer-to-peer platform that makes people’s lives easier in some way. For me personally, when I first used Uber, it was in their very first and early days four years ago, and I haven’t taken a regular taxi since. And I think what our customers find after they use GoShare for the first time, they never need to borrow a truck again. We also provide additional value in that our drivers can help customers load and unload their items. That’s a big deal. In the past, if a consumer hired a truck, they had to do all the work or bother one of their friends to help them out and pay them back in beer or pizza.

PYMNTS: There’s the consumer experience and the truck driver experience. How does payment flows between them?

SS: For a small pickup truck we charge customers 99 cents per minute from pickup to dropoff, and the driver keeps 80 percent of the total value for that job. If it’s a larger truck or a cargo van, we charge $1.29 per minute, and they keep 80 percent. That comes out to roughly $61.92 per hour. That makes us by far the industry leader in what we pay our drivers, and we’re not shy about it. GoShare makes less money on each transaction, but that’s OK because the drivers are the lifeblood of the organization and we want to make sure they’re well-compensated for their time and their worth, and I think they really appreciate that.

PYMNTS: To date, how much funding have you already received from investors?

PYMNTS: Besides consumers getting a truck when they want it, and the truck drivers having more money to take home, what other value does your platform provide your key stakeholders?

SS: From the customer’s standpoint, we have the most flexible platform.

What we found out very early on is that each delivery is different and that each move that we do has different requirements in terms of the cargo capacity and the muscle needed to get the job done. So we are the only platform where a consumer can choose the kind of vehicle they need for the job — whether it’s a pickup truck, a large van or a cargo van. We are also the only platform that gives consumers the flexibility to choose the number of helpers needed for the job. So if it’s a really small item, a consumer can get one driver with a smaller truck, and the minimum cost is $29.99, which is very reasonable. But if a consumer needs more guys and two large trucks, there’s flexibility to choose how many drivers, how many trucks — it just depends on the situation.

Some drivers have their own moving-and-delivery business, so they use GoShare to supplement their income when their vehicles aren’t being used. Others are just regular guys who have a truck and are interested in being what I call micro entrepreneurs. They’re each basically running their own business and we’re going the marketing and the stuff they don’t want to do [like payments]. So I see them as small business owners, and when they have that mindset when they go into each job, it helps both them and the customers. They provide a higher level of service because we make things easier for them.

PYMNTS: Who are your competitors?

SS: We see our competitors as traditional moving-type companies like U-Haul and Home Depot, where you can rent a truck by the hour. There are some more modern companies that are trying to do something similar to what we’re doing. One in particular has prices twice as high and ratings nowhere as good. They don’t have the flexibility, consumers can’t select the type of vehicle, they can’t select the time of arrival or number of drivers. We allow customers to book on demand or in advance — if they need someone in a week or an in an hour in advance.

PYMNTS: What about drawbacks or hurdles that you’re smoothing out?

SS: I think every marketplace platform has to build trust. And that’s not something you can buy, it’s something that you earn. And it takes time.

A really good example is from when we first launched GoShare back in May 2015. It was one of the first orders that we received. This guy wanted to move a mattress. We call our customers [after the delivery] to say thank you. So I called this customer to say thanks so much for ordering through us, we really appreciate it. And the guy’s reaction, I’ll never forget was something like this: “Man, I’m so happy that you called. Your driver showed up to pick up my mattress and I thought that there was at least a 50 percent chance that I was never going to see that mattress again.” I was really shocked by his comment, and asked him what he meant. He replied, “Well, I don’t know you and I’ve never heard of GoShare before and haven’t seen any reviews online, but I had to get this mattress moved that night and you were the only one open. So, I just kinda put some blind faith in you.”

My initial thought was to say that fortunately we are not in the business of stealing old mattresses, but it was really a wake-up call for me because people just don’t trust new businesses, because, well, you’re a new business. You have to earn that trust over time.

We really encourage customers to review us on Yelp, or Facebook, or iTunes, because that’s where most customers will go to check the validity of a company before they do business with them. And now, our reviews are near if not all five-star reviews. So building trust is such an incredible thing we’ve done in our time so far. It was an obstacle at first, and it will always be an obstacle because we’re still a relatively young company.