(Digital Journal) – From the first moments parents spend with their newborns in the delivery room, they imagine the future and all the success they wish for their new bundle of joy. Soon enough, the same parents sign their little ones up for little league, music lessons, ballet, karate, boy/girl scouts and other clubs. 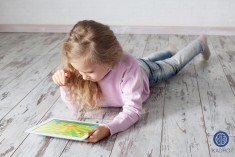 The common denominator? All of these promise some kind of success or skill in the future. Now imagine a universal skill that enhances cognitive functions and virtually guarantees an advantage in later years. Not only that, but this skill is best adapted to by children ages 0 to 5, even earlier than the motor skills necessary for success in other areas. And the best part of this is that it can be taught and learned in the comfort of one’s very own home.

An Irvine, CA based startup is aiming to extend children’s remarkable language learning abilities into adulthood. Co-founders Dhonam Pemba, Ph.D and Kaveh Azartash, Ph.D wondered why it was so hard to learn a new language as an adult. True scientists at heart, they began to study the foundation of language acquisition. They consulted with renowned linguists, including Dr. Noam Chomsky, and discovered that the neural capabilities needed to master languages are developed during early childhood. But what good scientist leaves a problem unsolved?

In Azartash’s studies, he found that exposure to global sounds as early as in utero is beneficial to a child’s language acquisition skills in the future. He says, “The third trimester is prime time to stoke fetus’ brains with global sounds. Much of our ‘neurofoundation’ is set from the last trimester until we are three years old,” adding that, “Dobbing and Kinney coined this period a ‘window of opportunity’ for neural stimulation.”

We’ve come to learn that speech perception, and other basic innate skills are mainly organized across the first years of life. It is proven during the first year of life, babies lose the ability to detect sounds that are not present in their native languages.

Azartash advocates that singing, listening, reading and chatting to expose a child to global sounds early on will plant the seed for a solid language learning experience later on in life.

At Kadho,  Pemba and Azartash have been working with other scientists, specialists, and researchers to create what they call a NeuroFoundation™  curriculum for language immersion. This curriculum, featured in all of their apps, began as a tool for enhancing brain regions linked to language learning. So far, the team has developed eight different apps and eBooks. To this day, their vision is continuing to grow. They’re working tirelessly to culminate a platform that will help improve the entire executive system (e.g., memory, reasoning, problem solving) in children right off the bat.

Five years ago, Pemba and Azartash found a problem; today, Kadho has the answer. All of our progress is backed by a team of elite advisors as well as a loyal community of over 100,000 active users since our first release in summer of 2015. All of our apps are available on the iTunes App Store and Google Play.

Kadho, founded by Dr. Kaveh Azartash and Dr. Dhonam Pemba, strives to create novel and innovative methods of education for infants and toddlers. Backed by a strong network of early childhood educators, neuroscientists, linguists and child psychologists, Kadho aims to utilize the last 50 years of brain science to develop games and eBooks to maintain and enhance innate capabilities that children are born with.