Top executives from the once-admired e-commerce giant, ProFlowers, have been working on a stealthy software startup for the past two years 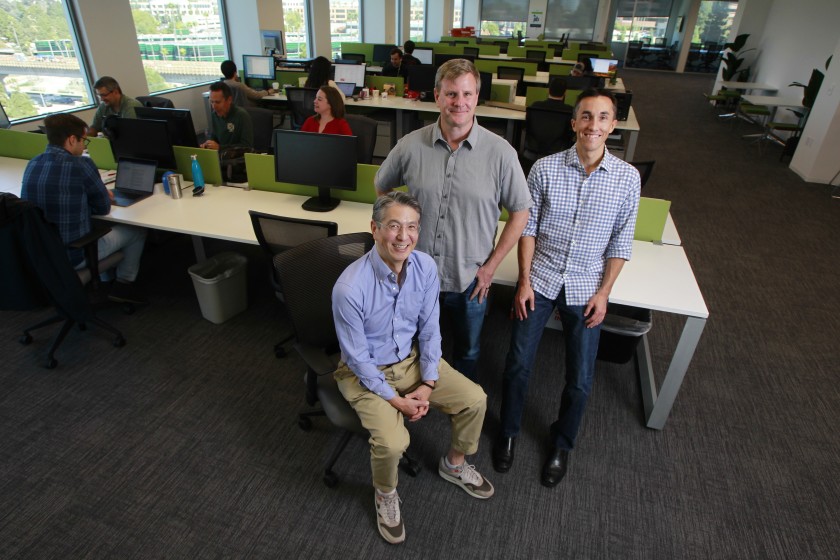 San Diego’s e-commerce icon, ProFlowers, is best known today for its parent company’s recent — and catastrophic — collapse. But in its heyday, the brand was one of the biggest success stories in local tech.

Now, a group of former top executives from ProFlowers is unveiling a new tech startup they’ve been working on for the past two years. The fledgling San Diego business is called Daasity, a riff off the software-as-a-service acronym “SaaS.”

People in the local startup scene have been buzzing about Daasity for a few months now, as the company was recently picked by San Diego Venture Group as a “Cool Company” of 2019. It was also one of the earliest startups to get accepted into EvoNexus’ new fintech incubator.

The startup’s small team (many of whom are ex-ProFlowers engineers) have taken inspiration from the internal software used during the glory days of ProFlowers. But instead of designing an internal tool for one massive retailer, they’re building software that any e-commerce company could use.

The idea for the startup came from ProFlowers’ gradual demise, according to Daasity co-founder and CEO Dan Leblanc.

“I don’t think this would have happened if FTD hadn’t bought ProFlowers,” Leblanc said.

Although “ProFlowers” is the best-known moniker for the business, the company’s actual name was Provide Commerce. Founded in 1998, the company was one of the earliest local players in e-commerce, riding the first wave of dot-com startups that moved traditional businesses online. The company, for which Councilwoman Barbara Bry was a founding executive, has long been held up as an example of tech success in San Diego.

Provide Commerce grew to own several gifting brands, and was later bought by flower delivery giant FTD for $430 million. As the top executive, Provide Commerce’s then-CEO Chris Shimojima brokered the deal. But he — and several Provide Commerce executives — exited after the sale.

The whole FTD ship started to sink shortly after, as the aging Internet company was forced to compete with younger and more nimble gifting startups. FTD filed for bankruptcy protection earlier this year.

Leblanc, a former vice president at Provide Commerce, said the employees started to scatter after the FTD takeover, all landing at various e-commerce startups in San Diego. But they were disappointed by the lack of tools at these smaller companies.

“When it came to making business decisions, we were all used to having better tools and better information to work with,” Leblanc said. “ProFlowers was an amazing company when it came to analytical tools. Most other companies don’t have that analytical rigor.”

Former co-workers started to ask Leblanc to build analytical software for them to use internally at their new companies. But Leblanc saw this as an endemic problem at e-commerce companies. So in 2017, he joined up with Shimojima and Provide Commerce’s former director of marketing analytics, Sean Corson, to found Daasity.

The Daasity software acts as a connector for companies doing business online, linking and analyzing information from several disconnected software tools that e-commerce startups are likely to use. For example, Daasity can connect sales data from platforms like Shopify and Amazon to marketing data from sites like Facebook. Daasity funnels this information into a central location, then analyzes it, and then presents helpful tools in a dashboard. The software is meant to help e-commerce startups get a better idea of when, how — and to whom — their product sells. In the future, the Daasity software will roll out predictive tools that help e-commerce startups predict sales patterns.

It’s been two years since they hired their first employee, and the Daasity team has now grown to employ 15 in San Diego. The company started earning revenue on day one of its alpha software release, and today has 40 paying businesses as clients. Their customers include some of San Diego’s fastest-growing e-commerce brands, including bracelet company Pura Vida (which just got acquired by Vera Bradley for $75 million). San Francisco’s shoe company, Rothy’s, is also a client.

Leblanc said Daasity’s target market of e-commerce startups is colossal — and shows no sign of slowing down.

And that’s just one e-commerce platform.

Daasity just closed its first round of financing in September, raising $2.3 million led by Laguna Beach venture capitalists at Okapi.

Leblanc said he plans to use the capital to hire 10 to 15 more people, with the bulk of the positions in engineering and data science.