NOV. 10, 2022 /Fierce Wireless/
A slew of satellite companies have been promoting non-terrestrial networks as a way to connect more people to the internet, but there are also several space entrepreneurs looking to use satellites for IoT. One of these is Sateliot, which has just announced plans to launch its first functional nanosatellite early next year on a SpaceX Falcon 9 rocket.

A nanosatellite is defined as one that weighs less than 10 kilograms. Sateliot founder and CEO Jaume Sanpera said his company hopes to have a total of five Low Earth Orbit (LEO) nanosatellites launched by the second half of 2023. He said this will enable any IoT device with a Release 17 compliant NB-IoT modem to transmit data to the internet four times per day. 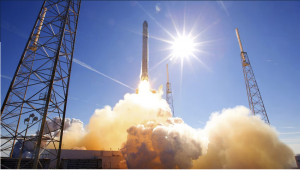 According to Sanpera, four transmissions a day will be sufficient for the use cases his company is targeting. These include remote infrastructure like towers and damsthat need to share operational data, ships that need to share location and status data, mobile assets that need to be tracked, and cattle. Elevated body temperature is an early warning sign of a sick cow, so ranchers have started inserting connected thermometers into cow bellies and leaving them there, since this is less work that taking periodic rectal temperature readings by hand.

Sanpera is talking directly to ranchers, shipping companies and other potential users, and is asking them how much they’re willing to pay for remote connectivity. But these companies won’t become Sateliot customers; instead Sanpera will refer them to mobile network operator partners. Telefónica is the only named partner so far, but Sateliot is in talks with carriers in 60 countries, Sanpera said.

The carriers will use Sateliot’s service to support NB-IoT, which carves out very narrow bands (200 kHz ) from spectrum already assigned for commercial voice and data services. So unlike some satellite operators, Sateliot does not need to lobby regulators for access to spectrum.

Reaching for the stars

Sanpera wants to increase the number of satellites in orbit so that Sateliot can support more use cases, including those requiring more frequent transmissions. By 2024, the company wants to be able to support one message per hour from its connected devices.

One of Sateliot’s goals is to connect the remote assets of non-profit agencies at no charge, Sanpera said. He wants to help track medical supplies sent to Africa and other humanitarian aid, and said he is already in talks with several non-profits.

Originally part of the LTE standard, NB-IoT was also included in the 5G standard as part of Release 17. Sateliot made 17 contributions to that release, more than any other satellite operator, according to Sanpera.