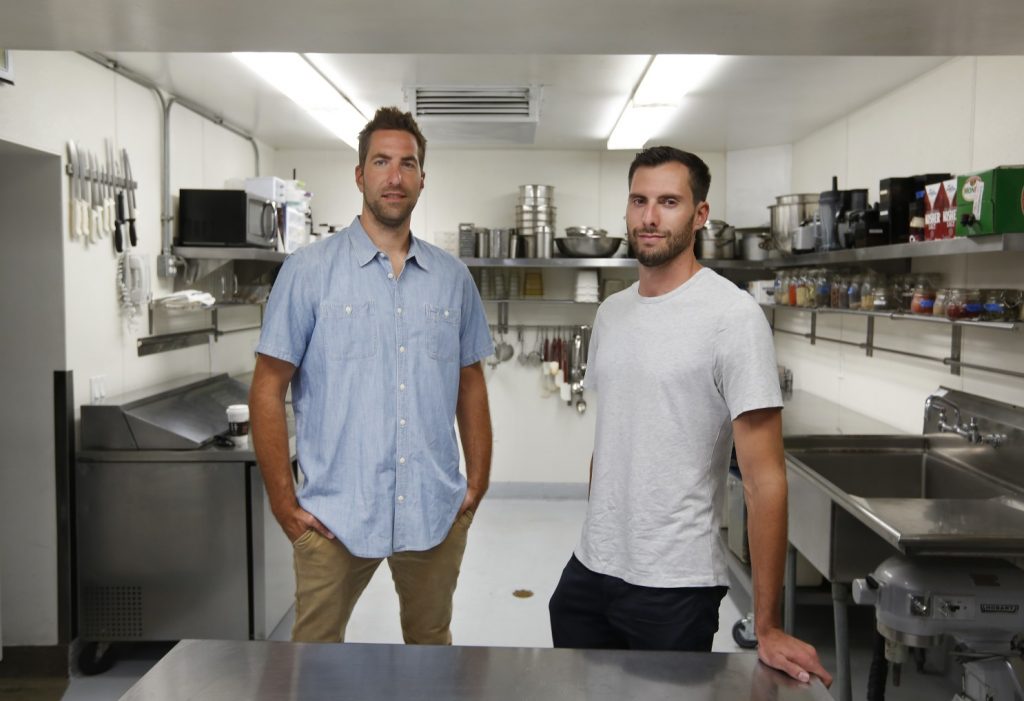 San Diego tech companies are rallying to support 11 local startups that were recently abandoned by the now-defunct incubator ThinkTank Innovation.

Tech giant Seismic, startup incubator EvoNexus and marketing tech company Zeeto all stepped up to offer the startups free space and other support while the fledgling companies figure out their next move.

The startups found themselves homeless earlier this week when ThinkTank unexpectedly ceased operations due to a pending lawsuit involving founder Mark Bernier.

ThinkTank, founded last year, was a favorite among entrepreneurs for its generous model. Founders got free office space for at least six months, with the potential to stay up to two years. And unlike most incubators and accelerators, ThinkTank did not ask for an ownership stake in the startups they housed.

The incubator had just accepted a new group of startups in June, including popular kitchen tech startup Galley Solutions.

But entrepreneurs had barely unpacked their bags before getting word that it was all over. The startups were notified Monday morning that ThinkTank was shutting down effective immediately. Bernier is facing a lawsuit involving his venture capital fund VentureMoney, and a pending case alleges he participated in securities fraud and operated as an unlicensed broker and investment adviser, among several other allegations.

Bernier denies the allegations but said the lawsuit had a significant impact on his business, forcing him to shut it down.

“We were all worried our keycards wouldn’t work and we’d be locked out,” said Ian Christopher, co-founder at Galley.

The incubator occupied a large stretch of WeWork Aventine in La Jolla, housing more than 75 people as of December. The startups started scrambling to look for a new place to work.

First, WeWork swooped in and told the startups they could stay free-of-charge until the end of the month. Then, a Union- Tribune story about ThinkTank’s closure published Tuesday, and more help started pouring in.

Zeeto, a marketing tech company in downtown San Diego, offered the startups unused office space in their lower levels for free. Seismic, a rising software star that just reached a $1 billion valuation, offered to house all the startups at a temporary office space near their headquarters. The company had already leased the space to accommodate their fast growth, and had room to spare for the next two to three months.

Then Mark Lee, founder of insurance tech startup Enroll Hero (and unofficial ring leader of the displaced group of startups), got a call from EvoNexus.

Rory Moore, CEO at EvoNexus, said he wanted to give the fledgling companies extra time to sort out their next move, so he met with his board as soon as he heard the news of ThinkTank’s closure. The EvoNexus board agreed to offer the startups free office space — and all the amenities of the incubator — for three months.

“We have a plan that will give them a place to land, and it’s totally free — no strings attached,” Moore said. “It will give them time to get their affairs in order and move on, but also help them while they’re here. If they want to remain here, they have the opportunity to apply to one of our programs.”
Lee said the startups are a bit staggered.

“It’s a very generous offer from the best-known accelerator in San Diego,” Lee said. “It’s awesome that they’re doing it. And collectively we’ve seen an outpouring of community interest to help since the article went out.”

Justin Ramers, co-founder of startup TeamVibe, said he hadn’t learned the specifics yet but was interested in taking EvoNexus up on their offer. According to Lee and Christopher, several other startups at ThinkTank are also planning to accept EvoNexus’ help. “It’s very cool of them to step up,” Ramers said. “It’s not like it’s free for them. There are a lot of costs involved in making this offer. It’s not just about good PR; it’s about helping the local startup community.”

But not everyone’s on board. EvoNexus takes an ownership stake in the startups they house, and some of the startup founders don’t plan on applying because of it. While the three-month offer is free for the startups, uprooting every 90 days isn’t feasible for everyone, Lee said. Some are considering moving into Zeeto. Some are pondering Seismic. Galley, which now employs 11 people, is planning to stay at WeWork and pay for office space.

Regardless of where they end up, the startup founders said the experience has left them unexpectedly positive.

“Before all this happened, we sort of worked in silos and kept our heads down,” Christopher said. “We didn’t engage with the other companies here that much. But this has been catalytic for building relationships. It’s brought us together.”

Just in the past two days, Christopher said the startups have banded together, offering each other help on things like fundraising and finding new customers.

And the whole experience has given Christopher a new take on San Diego’s startup scene. People’s generosity took him by surprise.
“Honestly, I was turned off to the startup scene in a lot of ways before this,” Christopher said. “But the fact that EvoNexus would step up; that other companies are stepping up … it’s a cool outcome. The closure of ThinkTank felt like a black mark on the startup scene, and people want to rally to fix it. It’s restoring my faith.”