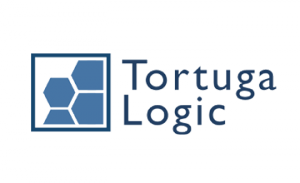 Researchers say tracking data flows in processor chips could give companies and government agencies a way to detect malicious modifications to chip designs.

While Moore’s Law has a limit, the steady march of increasingly sophisticated chip designs that incorporate an ever increasing number of transistors on a chip has made designing device controllers and processors more complex.

As a result, errors can creep into designs, but even more alarming, according to computer scientists, is that it’s possible that a malicious agent in the chip supply chain could insert Trojan horse functionality into processor designs.

Creating “kill codes” or adding surreptitious surveillance to chip designs may seem like the far-fetched scenario of a good modern thriller, but the capability exists, according to Ryan Kastner, a professor in the department of computer science and engineering at the University of California, San Diego.

With hardware design frequently an activity that involves global teams, the risk of a compromise in the supply chain is real, Kastner told eWEEK.

“The designs are super complex. And even when it’s not, it is not easy to figure out the potential issues posed by design choices, even if the same group is developing the entire chip,” he said.

Academic researchers have focused a great deal of effort to find ways of detecting hardware Trojan horses—devices, chips or modifications to a piece of hardware that allows an attacker access to the device.

Kastner, along with researchers from Northwestern Polytechnical University and a startup company, Tortuga Logic, has instead focused on the chip-design phase, creating a way of checking a chip design for unexpected functionality. Known as gate-level information-flow tracking, or GLIFT, the technique can detect design anomalies, which could be mistakes made by engineers or malicious modifications made by an adversary.

Making sure that the designs of those chips—and peripheral components, such as networking and encryption processors—do not have embedded trojan horses is difficult.

“The modern chip has thousands of ‘lines of code’ that they use to specify a modern chip that gets compiled down to a specification that is sent to the foundry,” Kastner said. “The trojans could be hiding in that code, and because we reuse a lot of code, any malicious changes could be passed along the supply chain.”

To ferret out potentially malicious changes, the researchers’ technique uses information-flow tracking to identify a piece of information—such as an encryption key or credit-card data—and then see where in the chip that information could flow to based on the design.

“If the property is violated, then you know that something weird is happening,” he said. “Maybe it is a bug, but it could be malicious.”

GLIFT is a technology that is currently being used by Tortuga Logic, to find flaws in client’s chip designs.