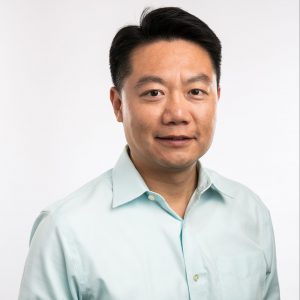 Prior to Qualcomm Ventures, Albert worked in various engineering and management roles in the wireless industry. Most recently, he worked at Lux Capital focusing on MEMS and nanotechnology startups. He also spent a few years at Skyworks Solutions and managed the product development of several wireless chips that power the most popular smart-phones today. Albert received his MBA from the UCLA Anderson School of Management, his Ph.D. in Electrical Engineering from the University of Cincinnati, and his B.Sc. in Electrical Engineering from Zhejiang University.

Albert lives in San Diego and enjoys the outdoors with his wife and twin boys, hiking, biking, swimming, skiing, sailing and coaching the boys on tennis.