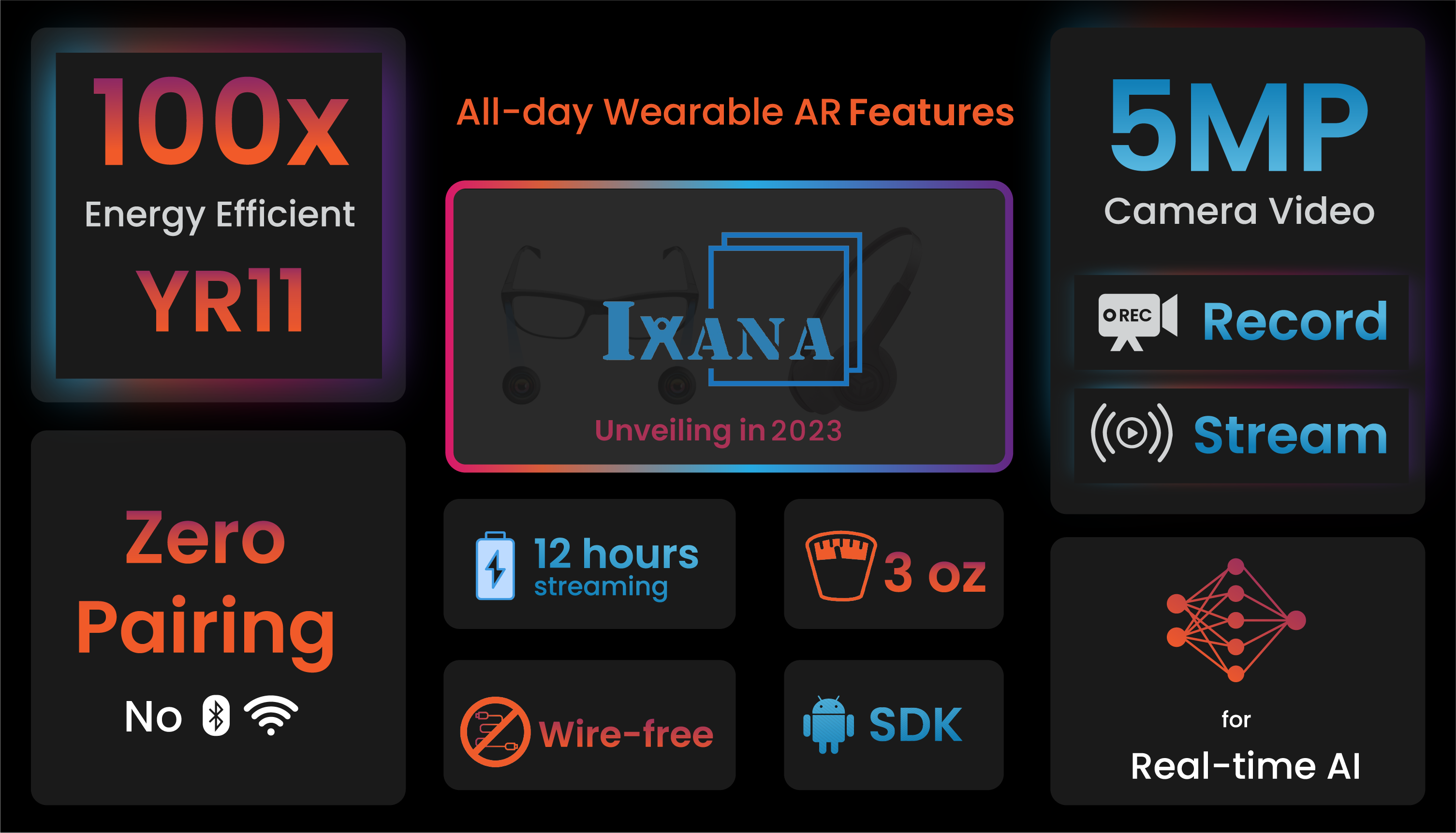 Ixana will preview its first chip-based reference hardware at the upcoming Consumer Electronics Show (CES, Booth #61305) in January 2023. Their proprietary chip gives them a unique edge to develop wire-free, augmented reality (AR) with all-day battery life for real-time AI on what you see.

Billions of dollars have been invested in recent years to build AR headsets that are suitable for everyday use, user-friendly, and powerful at the same time. Unfortunately, technical challenges such as thermal budget and battery drain have prevented the release of an all-day productivity companion capable of real-time AI with always-on camera.

“Ixana is challenging these wearable hardware limitations with a breakthrough silicon chip that makes high-speed human-computer interfaces such as all-day wearable AR possible,” said Shreyas Sen, Ixana’s Chief Technology Officer and a Chair Associate Professor at Purdue University. “Leveraging wire-free distributed computing, our low-power AR headset lasts a full day on a single charge, even with an always-on front-facing camera that can detect what you are seeing, analyze it, and provide feedback in real-time.”

“Having seen the demo of an early prototype, I see the intriguing potential for the technology to play a key role in the future evolution of wearables,” said Rory Moore, co-founder and CEO of EvoNexus. “With a deep background in the semiconductor sector including launching the world’s first Bluetooth company, I am able to grasp the need for more innovative and critical lower-power approaches. As a co-founder of Peregrine Semiconductor, a pioneer in Silicon-on-Insulator for RF frontend use cases that are now found in flagship smartphones, I believe this venture will have an impact with broad applications.”

Join the evaluation kit waitlist at ixana.ai and visit Booth #61305 at CES to experience the AR headset technology that holds the promise of catalyzing the looming wearable revolution.